If You Build It, They Will Come!

ArtsWatch Weekly: If you build it, they will come (to Hillsboro)

Bag&Baggage takes a big leap, Bluebeard meets Chihuly at the symphony, Renée Fleming wows the crowd, a cat in a hat, the things August Wilson learned

Don’t look now (or do), but while the center of cultural gravity in Portland might still be on the downtown side of the Willamette River, it’s been shifting and expanding. The restaurant crowds started heading for the inner East Side a good fifteen years ago, and theaters escalated the eastward march. Things didn’t stop there. Immigration and population shifts created booming pockets of culture farther out, both east and west: the new Chinatown along the East Side’s 82nd Avenue, a Russian community along Foster Road, several Latino enclaves, a large Indian community in parts of Beaverton and Hillsboro, near the Silicon Forest. Suburbs have grown, and begun to assert their own identities separate from the city core. They’ve built or broadened their own cultural centers, from the nascent Beaverton Center for the Arts to established theater companies like Lake Oswego’s Lakewood Theatre and Tigard’s Broadway Rose. 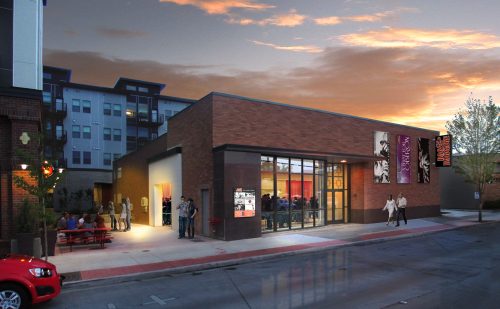 While much of Portland Proper wasn’t looking, the onetime farm town of Hillsboro has become a city of more than 100,000 people, many looking for culture without having to trek to downtown Portland. Bag&Baggage theater settled into the suburb’s downtown core eleven years ago, performing sometimes on an outdoor stage and mostly in the Venetian Theatre, an old vaudeville and movie house. A little more than a year ago it bought an old Wells Fargo bank building on Main Street and began the long quest to raise $1.4 million to transform it into a new performance center.

Let Scott Palmer, B&B’s founder and artistic director, pick up the story from there, as quoted in a recent press announcement:

“The phone call came in the middle of a meeting with the Hillsboro Library. ‘We were sitting in a meeting chatting about partnerships with the Library when my phone rang,’ Palmer said. ‘I looked at the incoming number on my phone and didn’t recognize it, so I just let it go to voicemail. But then our managing director’s phone rang, a call from the same number, and she answered.’ The call was from the MJ Murdock Charitable Trust with the news that Bag&Baggage’s grant request for $250,000 to support the capital campaign had been approved. ‘Needless to say, our meeting with the library took a break while we celebrated,’ said Palmer.”

That brought the campaign’s total just $300,000 shy of its goal (fundraising continues) and means that renovation will begin in November, six months ahead of schedule. The aim is to have the new home open and operating six months later, in April 2017. “In our new space, our audiences will be much closer to the performers, and we will also have a larger range of lighting, sound, and projection equipment available to us,” Palmer said, adding that the new space “will transform the way we perform and the way audiences experience our work.”

In the meantime, Bag&Baggage’s production of The Graduate (here’s to you, Mrs. Robinson) continues through October 2 (read Brett Campbell’s ArtsWatch review here), and B&B will open The Drowning Girls, based on a notorious string of murders in England in the late 1800s, on October 13. 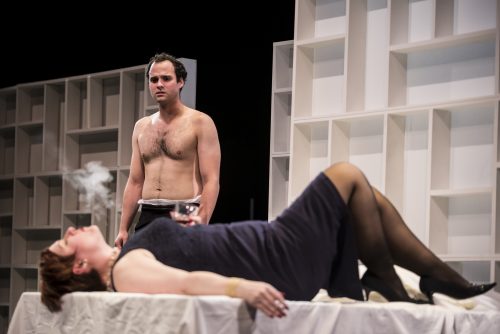