“The Graduate: review: Here’s to you, Mrs. Robinson

Many of us probably fondly remember The Graduate as a tale of idealistic young lovers Ben Braddock and Elaine Robinson triumphing over a corrupt, plastic Cold War American establishment embodied by Elaine’s alcoholic mother, Mrs. Robinson. 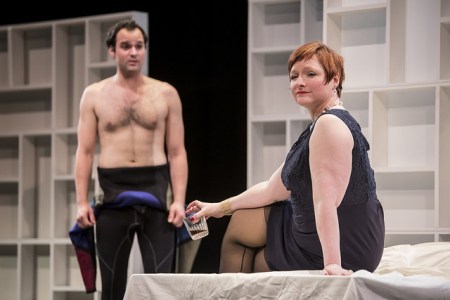 What Bag & Baggage Productions‘ staging, playing this month in Hillsboro, does have, though, is some deft comedy and a fascinating Mrs. Robinson who’s almost worth the price of admission, despite being onstage for only about half the show. Rather than merely embodying hypocritical society’s denial of both Ben and Elaine’s wishes — the resistance they must overcome to find fulfillment — she becomes a fierce, tragic heroine who’s ahead of her time.

The familiar story: Bored recent college grad Benjamin Braddock, stuck back in his old bedroom in his parent’s affluent Southern California suburban home, alienated in “grotesque” plastic postwar America, finally responds when the alcoholic Mrs. Robinson, a bored friend of his parents trapped in a sterile marriage, comes on to him. They embark on a foredoomed, sordid affair — until his parents set Ben up on a date with his lover’s college sophomore daughter, Elaine. In getting together, they’re defying The Man, in the guise of Elaine’s parents, who want her to wind up with the WASPy but superficial medical student instead of the tormented, disaffected yet much deeper Ben. 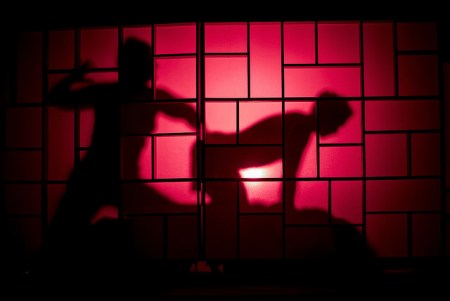 Colbourne and St. Cyr in ‘The Graduate.’ Photo: Casey Campbell.

Webb’s book derives much of its satirical humor from Ben’s ruthlessly honest Salinger-esque baldly stated declarations. While the one-note approach works in print, film director Mike Nichols, probably realized that film audiences needed a more sympathetic, humane portrayal. He cast the unknown Hoffman (over rising stars Robert Redford and Charles Grodin among many other famous actors of the era at least briefly considered), whom he knew could display the inner vulnerability that would make us empathize with Ben.

But Johnson, B&B director Scott Palmer and the cast instead heavily relied on Webb’s book, which portrays Ben as the book’s borderline flat affect character who declaims and writes letters in a formal, intellectualized argot that shows how distant he is from his own emotional needs. Ben’s progress toward acknowledging his emotions finally erupts in what are essentially tantrums; who can forget Hoffman pounding on the church’s glass? Braddock has to go back through childhood feelings to recover the emotional awareness postwar American culture had plasticized out of him. 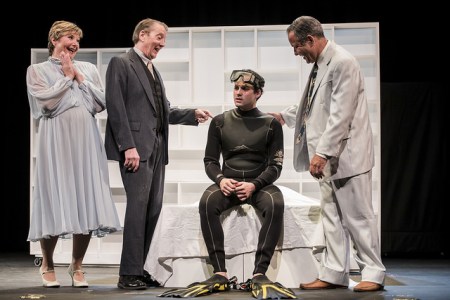 “I’ve got one word for you, Ben.” Kim Bogus, David Heath, Eric. St. Cyr and Michael Rouches in ‘The Graduate.’ Photo: Casey Campbell.

And yes, that famous one-word line — not in the book but added to the film by rookie screenwriter Buck Henry — does appear in the play, milked for all its familiarity and drawing chuckles of recognition.

But being a rebel doesn’t make you a grownup. By making St. Cyr more resemble Book Ben than Movie Ben, Stage Ben comes off less as a proto-countercultural victor over Cold War America’s emotional repression than a self-entitled brat who keeps telling Elaine what she feels and wants, even when she keeps insisting she doesn’t. She’s merely the object of Ben’s obsession. He wants her because she’s a vehicle for his liberation, not because he (or we) see anything inherently worthwhile in her.

As liberating as the sixties were, even the counterculture could be pretty sexist. Surprisingly, according to Palmer’s pre-show talk, Webb later said that the novella and its sequel (which I haven’t read; maybe Elaine really comes into her own there) were really Elaine’s story. But despite adding scenes (some not from the book, including the tedious, tacked-on final one) that grant Elaine somewhat more prominence than Katharine Ross’s film portrayal, Johnson’s script gives us no real reason to care about Elaine, either, leaving Arianne Jacques little room to give the thinly drawn character dimension. She comes off (as her mom recognizes) as a willfully innocent child who goes from domination by her parents to domination by her boyfriend — a passive capitulation to just another mansplainer who today would probably have been arrested as a stalker. 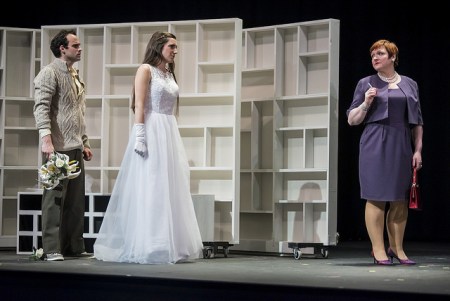 Plenty of great stories are set in less enlightened times or involve deeply flawed characters who come together and complete each other’s deficiencies, of course. We want to root for the kids to declare independence from The Man (or the Mom), just as we do in any number of teenage rebellion songs, like the concluding “Wouldn’t it Be Nice.” (The recorded soundtrack shamelessly plays to baby boomer nostalgia with Greatest Hits of the Sixties, includes a couple of Simon & Garfunkel songs like the cocktail jazz version of “Mrs. Robinson,” even slyly slipping in Simon’s pre-S&G hit “Red Rubber Ball,” and others — though surprisingly, not The Kinks’ “Plastic Man” — used as the subheadings for this review.) But in Johnson’s version it’s hard to see why these two should care about each other, or why we should care whether this immature, superficially sketched pair gets together or not.

Bag & Baggage’s production does offer some present-day rewards. Kymberli Colbourne’s steely, direct portrayal of Mrs. Robinson is utterly unlike Anne Bancroft’s marvelous comic turn in the movie — and yet, every bit as compelling, truer both to the book’s flinty portrait and to real life, then and especially now. 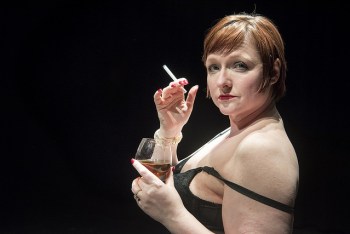 As Palmer noted in his talk, even now, sexual older women, viewed through adolescent male gaze (Webb was in his early 20s when he wrote the novella), are still derided as cougars in a way equivalently aged males would never be. In her unapologetic acknowledgment of her sexual and emotional needs, Mrs. Robinson here becomes a heroic as well as tragicomic figure.

Initially using the affair to take revenge on her husband and by extension the sexist social mores that forced her into a loveless marriage and alcoholism, she ultimately makes a transformation, endeavoring to save her daughter from the societally enforced passivity that stifled her life. Poised behind her cigarette and tumbler, Colbourne and some of the added non-movie material make us understand and feel Mrs. Robinson’s power, her needs, her flaws, her tragedy, and her ultimate triumph.

For all its dramatic flaws, The Graduate is still a pretty funny comic novella, a classic 20-something’s scorn of the grown up world’s hypocrisy that rides Ben’s almost Asperger’s, Kerouac-fueled pronouncements and Mrs. Robinson’s deliciously dry cynicism. And before the plodding script sputters in the second half, Palmer’s characteristic mastery of comic timing brightens the Venetian Theatre. An expertly paced and acted hotel lobby scene at Ben and Mrs. Robinson’s awkward first coupling had the audience giggling, as did the ingenious use of shadow screens to (hilariously) depict their different characters via bedroom tumbles. (Explicit naughtiness is deftly concealed behind those scrims, well timed blackouts and cleverly placed pillows.) These are the shows most entertaining moments. 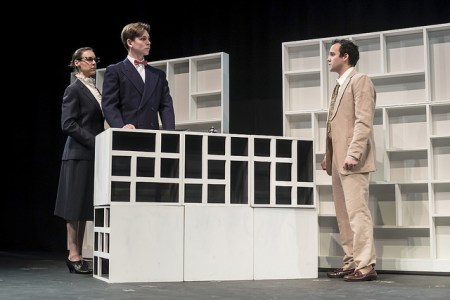 As Nichols proved, it’s possible to make a good show out of Webb’s proto-sixties tale. Shorn of some of the leaden material from the end of the first act onward — that is, most of the scenes that lack Mrs Robinson — her story of self-liberation would rise to the fore. She’d banish the dated superficiality with a wave of her cigarette and an icy stare, instead of being relegated, like so many women her age then and now, to relative invisibility. No wonder she drinks. So, here’s to you, Mrs. Robinson. They should have made the play about you.