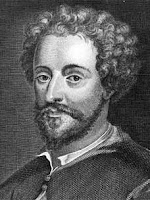 As long as there have been plays by Shakespeare, there have been adaptations of his work. In fact, Shakespeare himself is perhaps the greatest practitioner of the adaptive arts, having based almost every single one of his own plays on the previous works of other writers, poets and playwrights. The play we are going to perform is just one in a very, very long line of adaptations based on Shakespeare’s work, most of which have been miserable failures. It is my hope that our production of The Taming of the Shrew and The Woman’s Prize into the much smaller, but altogether more satisfactory, category of successful adaptations of Shakespeare’s work.

I have been contemplating this adaptation for 10 years, ever since I became aware of, and (to be honest) a little obsessed by the plays and the life of John Fletcher. From my perspective, Fletcher got screwed by history and by the modern habit of canonizing Shakespeare and his works. Not that the Bard doesn’t deserve all the praise and adoration he receives, but not, in my mind, to the exclusion of Fletcher or any of the other more prolific and more popular poets of the time.

Shakespeare was one of three great Elizabethan playwrights and, some would argue, the least of the three. From my perspective, the great trinity of Elizabethan playwrights includes Shakespeare, of course, but also must include Fletcher (and his uncomfortably close collaborator, Francis Beaumont, who not only, it is reported, shared a home with Fletcher, but also clothes, mistresses, and a bed for some 16 years) who was neck in neck with the greatest playwright of the age in terms of popularity; Ben Jonson. Not William Shakespeare. Jonson: number one. Fletcher and (when collaborating) Beaumont: number two. William Shakespeare: number three.

Today, we have all but forgotten Fletcher, and are only passingly familiar with Jonson as a result of the popularity of his comedy Volpone. Fletcher, however, lives not only in the dark shadow of Shakespeare, but in the almost complete anonymity reserved for hacks and jingle writers. Who among us can name any of the authors who have penned Hallmark cards? No one, and quite rightly so…But Fletcher? Fletcher was not only good, he was great, and his works were among the most popular Elizabethan plays and his notoriety far outstripped Shakespeare’s at the time.

In fact, Fletcher is unique in all of world history as the only playwright to create a response to a Shakespearean work during Shakespeare’s own lifetime. Alone among the playwrights of the Elizabethan period, only John Fletcher was brave enough, and creative enough, to write a critical reply to one of his colleague’s popular, but deeply flawed, works. Fletcher responded to Shakespeare’s Taming of the Shrew with his own sequel, (a spin-off one might say) that attempted to address many of the flaws of Shakespeare’s original and help to give Shrew the balance, the finality, that Shakespeare’s play lacked.

John Fletcher, born in 1576, was the son of a powerful and influential Anglican bishop, and by 1606, Fletcher was living in London and moving in London’s great literary circles, including associating with Ben Jonson and Beaumont. By 1613, at the tender age of 40, had written a number of plays, including the hugely popular comedy The Scornful Lady, which was published in 8 editions by 1660, more than any other Shakespeare play or Elizabethan play of the period. According to Gary Taylor, editor of the Revels Student Edition of The Tamer Tamed, “Beaumont and Fletcher quickly became the most famous partnership in the English theatre, and retained that status until late in the 19th Century when they were finally eclipsed as the greatest theatrical duo in history by Gilbert and Sullivan.” According to Charles Boyce in his Shakespeare A to Z, “In the 1630s and again in the 1660s, the popularity of Beaumont and Fletcher surpassed that of all other English dramatists, including Shakespeare.”

He was a truly prolific writer, having written at least 16 full plays on his own (including The Tamer Tamed) and was well known as an affable and amiable collaborator, having written additional plays during his partnership with Beaumont, and even more works with his other favorite collaborators, including Shakespeare, Massinger, Jonson, Chapman and Middleton. 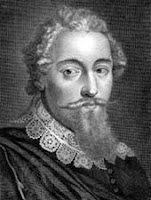 According to gossip of the time, Beaumont and Fletcher lived together on the Bankside, not far from the playhouse, both bachelors…they lay together, had one wench in the house between them, which they did so admire, the same clothes and cloak, between them…” The relationship between the two men was so close that is was suspected of being sexual, and their alleged sharing of a wench between them scandalized the court. Fletcher was, from the very beginning of his career, something of a rebel, flying in the face of convention both in his personal life and in his writing.

But it is Fletcher’s decision to write, while Shakespeare was still alive, his “reply” to Shrew that is most interesting to me, and speaks to Fletcher’s bravery, creativity and insight as a playwright. There is no question that Fletcher was a figure of great influence during Shakespeare’s lifetime, and his work had an enormous influence on Shakespeare, and all other writers of the period. It is unique in all of Elizabethan literature to have one living playwright craft a critical response to another. It was common for playwrights to borrow each other’s poetry and verse, to “riff” on each other’s themes and plot lines, but only Fletcher wrote an entirely new play that continued the story started by one of his colleagues. I find that remarkable, and noteworthy in its own way, even without the nature of Fletcher’s response.

Fletcher wrote, according to Molly Smith, “a living commentary on Shakespeare’s play, one that comments on, rewrites, and undermines the very ideological assumptions of Shakespeare’s play. Fletcher’s play presents itself in relation to Shakespeare’s, but does so as its reversal, or opposite, in which the women triumph over the men.” Again, according to Gary Taylor, “Sometimes only a man can afford to be a feminist, and Fletcher was just such a man.” As a man, as a sexual dissident, and as one of the most popular writers of his time, Fletcher could “boldly go where no woman in 1610 dared to tread: on to a feminist stage.”

In writing his sequel, Fletcher was finishing what Shakespeare started, but never finished…a good old standard Shrew story, and there are hundreds, if not thousands, of Shrew tales upon which Shakespeare based his version…Shakespeare was taking part in an ancient tradition as old as Chaucer, writing a story where a husband outwits his scheming wife and, in turn, the wife outwits the husband.

Shakespeare gaves us the first part, but not the second.

According to Salgado, “In Medieval and Tudor literature, Shrews were commonplace” and, in those stories, both husband and wife were outwitted by each other, with the plays ending as a testimony to the power of equality and fairness in marriage, at least by ancient standards.

Shakespeare wrote the first part, but never got around to the second. Ann Thompson writes, “In writing this sequel, Fletcher was putting both his play and Shakespeare’s back into the ancient traditional context of the “war of the sexes” in which, as can be seen from Chaucer back, one story of a husband outwitting his wife is capped, or balanced, by one in which the wife triumphs over the husband. The moral of these traditional tales had always been, for centuries, that, despite practical male supremacy, the best marriages are those based on a greater degree of equality and mutual respect.”

Most criticism of Shakespeare’s play from the time seems to support this flaw…critics respond that the play seems cruelly unbalanced, and that Kate’s taming somehow devalues both she and Petruchio…One critic of the time wrote, “Twere better yet if Kate had stood, at the ending of her speech, and broke Petruchio’s head with a jug of ale!” Where is the balance? Where is the comeuppance? When does Petruchio learn his lesson? When are the men made the fools, and the balance restored? Not in Shrew. It happens in Fletcher’s “sequel” where he deftly and bravely finishes Shakespeare’s story, and gives us a rounder, more balanced battle of the sexes where neither man nor woman wins without the other.

Fletcher was a trailblazer, a truly creative writer, and one whose influence on the craft of English drama should not be underestimated. Often mocked, but more often mirrored, Fletcher’s love of the common people and their humors, his willingness to fly in the face of convention, and his remarkable literary bravery all mark him as a literary and historical figure that deserves our attention and our praise.

Fletcher wrote his plays with one thing in mind; to entertain, whether provided in high flown rhetoric of love, or farcical romantic entanglements, or in disgracefully decadent and bawdy escapism. Fletcher was unique in all of English literary history, a writer of great skill and passion, and one that deserves his time in the sun. I am proud to place Fletcher alongside his more famous, but no more talented, colleague of the time, William Shakespeare.

There are a number of things that make our production unique: First, it is the first time in American history that Shakespeare’s work The Taming of the Shrew has been produced with The Woman’s Prize as two halves of a single play. The two plays were mounted, in full, before the court of Charles I in 1633, but they were performed back to back in their entirety. Second, it is possible that this is the first time anywhere in the world that the two plays have been performed together as a single script. Many companies, including the Royal Shakespeare Company, have produced the two works in tandem, often sharing lead roles, but I have not been able to find any record of the two plays having been adapted together into a single script. Third, this will be the first “Shakespearey” Shakespeare play we have ever done as a company. Usually our adaptations take the form of modernizing the style, or including original source materials, or some other visual and stylistic alteration to the plays. But, given that this script is just Shakespeare and Fletcher, with a little bit of me thrown in, we are going to give our audiences a good old fashioned groundlings show. Dirty, dangerous, sexy, bawdy, fast and furious.